Entitlement based on the anniversary of the hire date

Written by Kamil Wojewoda
Updated over a week ago

According to your company's policy, you can configure the rules accruing entitlement for your users.

There are two main ways it's usually done:

In this article, we'll focus on the 2nd solution: accruing rules based on an anniversary of hire date, which is strongly connected with a carry-over policy (if applicable in your organization).

When you go to Configuration → Absence types → Choose certain absence type → Carry-over tab, you can choose the carry-over policy to be based on an Anniversary of her date.

The next point which is important to choose from is in the Accrual tab, specifically in each rule that is applied: 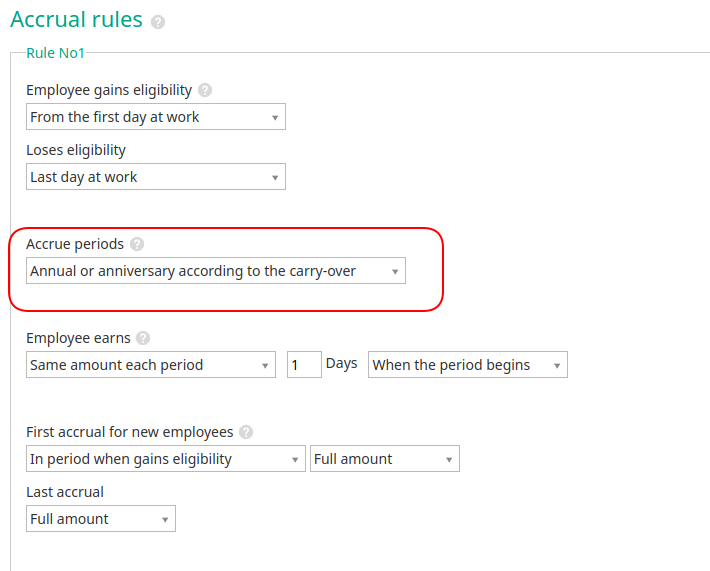 However, please note that this type of accrual affects the way that entitlement is presented to users.

Their next accrual will appear on the 1st of December 2022 on the anniversary of their hire date.

If you apply this policy for all users, it may happen that if you check their entitlement some of them will be yet in the previous year's entitlement (those whose anniversary hasn't occurred yet this year), and others' entitlement may be presented already in the current year (if their anniversary has already occurred by the day you're checking the entitlement).

Did this answer your question?